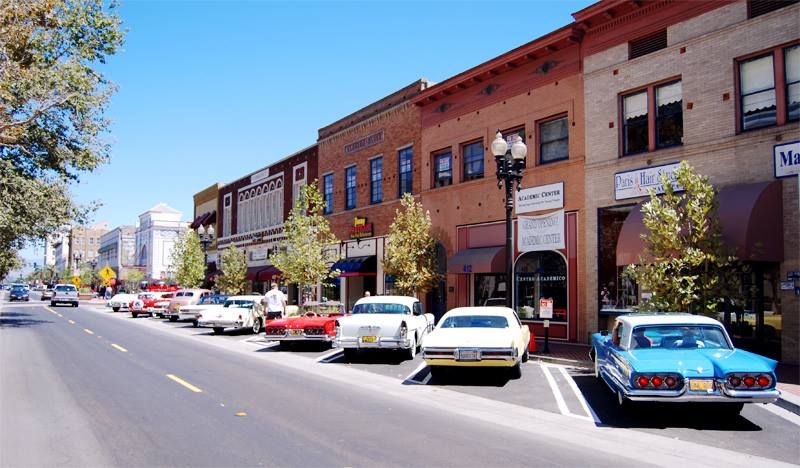 Santa Ana, city, seat (1889) of Orange county, southern California, U.S. It lies at the base of the Santa Ana Mountains, on the Santa Ana River. It was explored by the Spaniard Gaspar de Portolá in 1769, and Juan Pablo Grijalva was subsequently (1801) given a land grant for the area, which he named Rancho Santiago de Santa Ana and developed for cattle grazing and agriculture. William H. Spurgeon purchased part of the land from Grijalva’s heirs and laid out a town in 1869. The community developed as a centre for the farm produce of the Santa Ana valley after the Southern Pacific Railroad connected it (1878) to Los Angeles. Nearby military installations and freeway construction spurred residential and industrial growth after World War II. Santa Ana is the county seat and second most populous city in Orange County, California, and with a population of 324,528 at the 2010 census, Santa Ana is the 57th-most populous city in the United States. Founded in 1869, Santa Ana is located in Southern California adjacent to the Santa Ana River, 10 miles (16 km) away from the California coast. The city is part of the Los Angeles-Long Beach-Santa Ana metropolitan area which, according to the U.S. Census Bureau, is the second largest metropolitan area in the U.S., with almost thirteen million people. According to the 2000 U.S. Census, of U.S. cities with more than 300,000 people, Santa Ana is the 4th-most densely populated behind only New York City, San Francisco, and Chicago, and slightly denser than Boston. Santa Ana lends its name to the Santa Ana Freeway (I-5), which runs through the city. It also shares its name with the nearby Santa Ana Mountains, and the infamous Santa Ana winds, which have historically fueled seasonal wildfires throughout Southern California. The current Office of Management and Budget (OMB) metropolitan designation for the Orange County Area is “Santa Ana-Anaheim-Irvine, CA”.